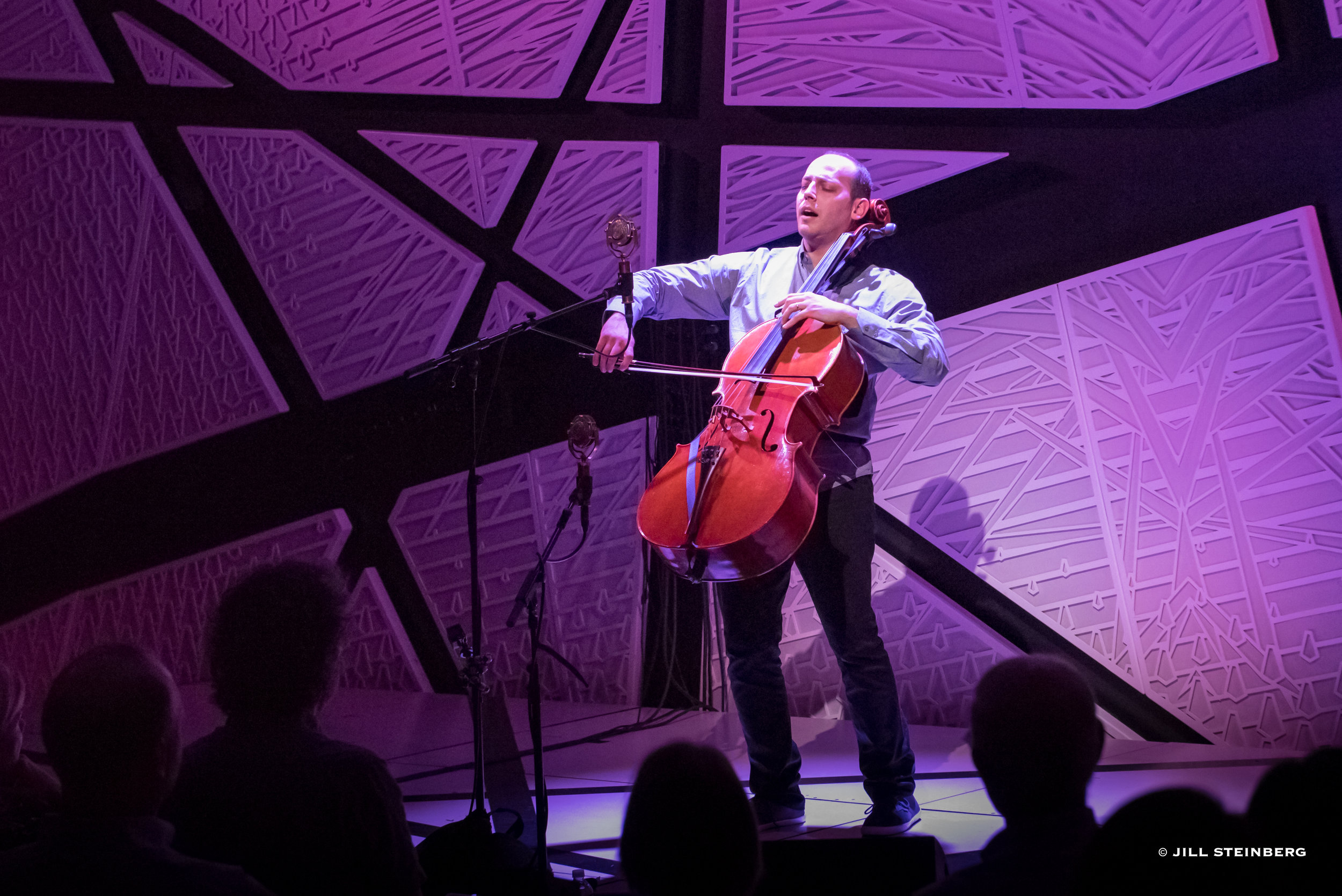 A pioneering cello player, singer, composer, and educator, Mike Block, hailed by Yo-Yo Ma as the “ideal musician of the 21st-Century,” will accompany the Borderless Band in Berkeley. Block is a member of Yo-Yo Ma’s Silk Road Ensemble (SRE), which he joined in 2005 while a student at The Juilliard School. Touring extensively throughout the world with SRE, Block has been featured as cello and vocal soloist, contributed arrangements and compositions, and has earned a Grammy Award in 2017 for the album Sing Me Home. Block also served as music director for SRE’s acclaimed opening concert of New York City’s Central Park Summer Stage 2011 season “Night at the Caravanserai: Tales of Wonder.”

Greg Ellis is an American drummer and percussionist based in Los Angeles, known for his work in film and world music. He started composing music around rhythm and has performed and recorded with artists from around the world, including Zakir Hussain (India), Juno Reactor, Billy Idol, Sonu Nigam, Sussan Deyhim, Hamed Nikpay, Bickram Ghosh, Chiwoniso Maraire, Sugizo and many more. At the start of his career as a touring and session drummer, Ellis discovered hand percussion after reading Mickey Hart’s “Drumming At The Edge Of Magic.” He began collecting percussion instruments during his travels around the world as a touring musician. The instruments and music from these cultures sensitized Ellis to a different form of melody and composition than his Western classical background offered. He has played for Airto, Kodo, Mickey Hart’s Planet Drum.