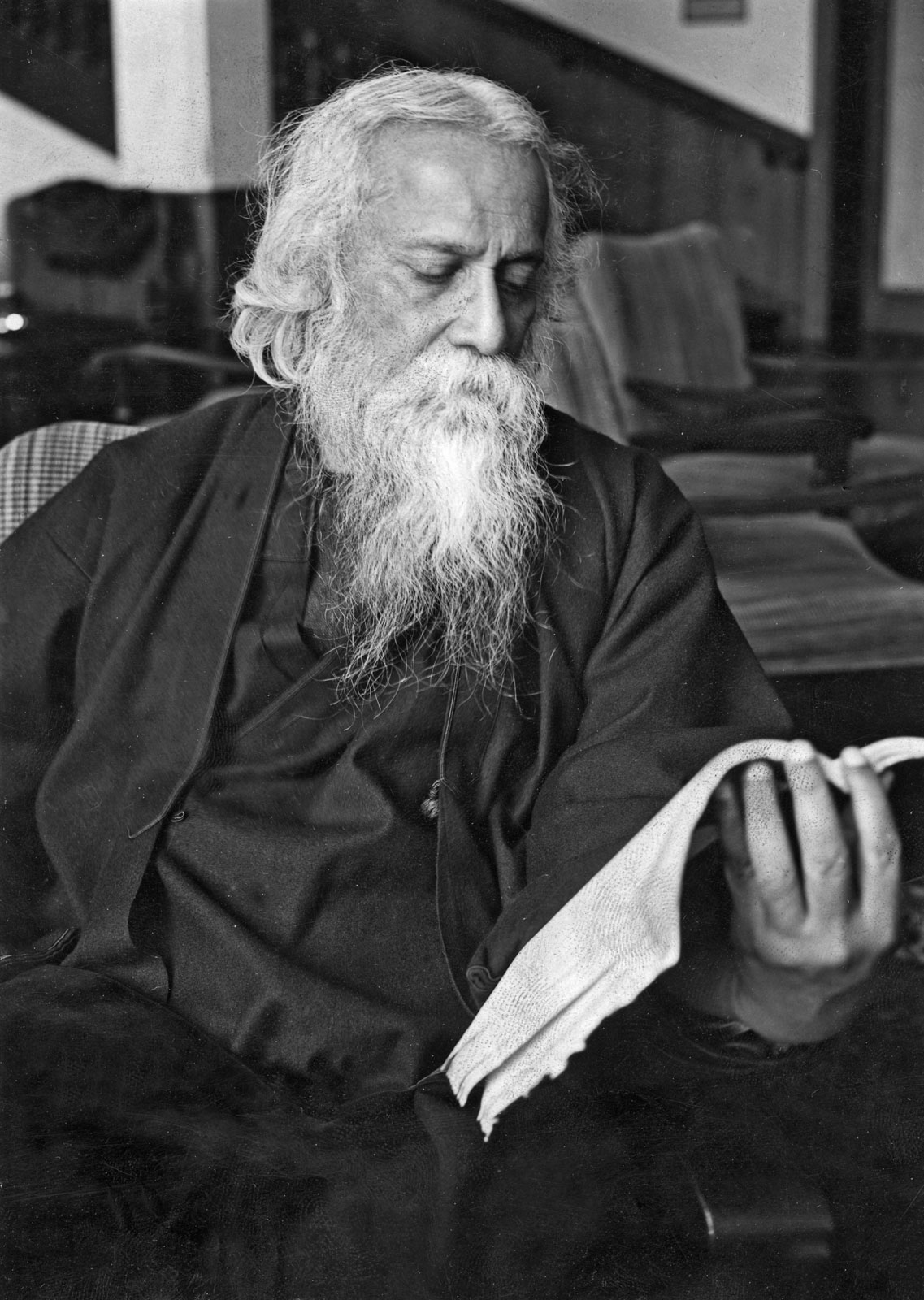 Born Robindronath Thakur, 7 May 1861 – 7 August 1941; sobriquet Gurudev, Kobiguru, Biswakobi) was a Bengali poet, writer, composer, philosopher, social reformer and painter. He reshaped Bengali literature and music, as well as Indian art with Contextual Modernism in the late 19th and early 20th centuries. Author of the “profoundly sensitive, fresh and beautiful verse” of Gitanjali, he became in 1913 the first non-European as well as the first lyricist to win the Nobel Prize in Literature. Tagore’s poetic songs were viewed as spiritual and mercurial; however, his “elegant prose and magical poetry” remain largely unknown outside Bengal. He is sometimes referred to as “the Bard of Bengal”.