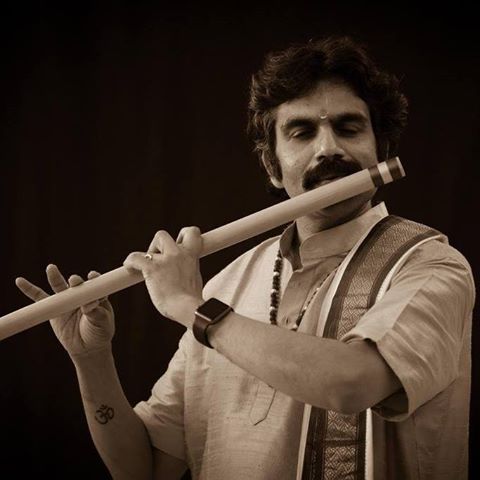 Breathing magical melodies on the Indian bamboo flute, flute virtuoso Raman Kalyan is one of the leading flautists in the Carnatic style of music. Raman with his unique style has captivated audiences globally. Raman has released over 80 CDs and many DVDs & his most recent CD, Music for deep meditation reached the # 1 spot on the apple Itunes world music charts & remained in the top 50 albums for more than 6 months. Raman has also been featured as a guest artist in more than 300 commercial recordings & Indian Movies. Raman is a top ranking artist for the All India Radio & Doordarshan. Apart from being a soloist, Raman has been a successful composer and has scored music for many audio /video albums, dance dramas and theatre productions. Raman won the “Best Flautist Award” from Madras Music Academy twice for his concert during December Music Festival 2009 & 2013.