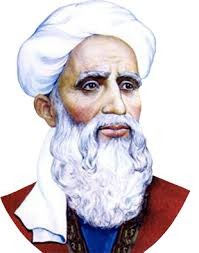 Rudaki composed poems in the‌ modern Persian alphabet and is considered a founder of classical Persian literature. His poetry contains many of the oldest genres of Persian poetry including the quatrain, however, only a small percentage of his extensive poetry has survived. As it seems, Rudaki was the first person to combine different roles that were yet distinguishable entitles in the 9th century royal court: musician, poet and declaimer/reciter, and copyist.